Carleton University will be awarding seven honorary doctorates to members of the wider Carleton community during Convocation in June 2022. 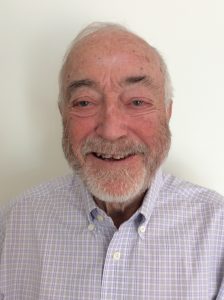 John ApSimon will be awarded the degree of Doctor of Laws, honoris causa, at the 5:15 p.m. ceremony on Monday, June 20, “in recognition of his outstanding contributions both to Organic Chemistry and to the functioning and development of Carleton University.”

ApSimon is a Professor Emeritus of Chemistry. He joined Carleton in 1962 after studying in Liverpool, U.K. and a postdoctoral period at the National Research Council of Canada.

ApSimon established a successful research and teaching program in the field of the synthesis and structure of natural products. During his chemistry career, he supervised many postgraduate students and around 200 publications. He taught at all levels of organic chemistry. Throughout this time, he collaborated and lectured widely with research groups in academe and industry — both nationally and worldwide. He was also the Editor of the Canadian Journal of Chemistry.

He migrated slowly into Carleton’s administration, starting with the Chair of Chemistry, followed by Dean of Graduate Studies and Research, Vice-President (Academic) and Vice-President (Research and External).

Following his initial retirement, mandatory at the time, he was a Special Advisor to the Deputy Minister of the Environment, Executive Director of the Canada Research Chairs program and the Ontario Council on Graduate Studies. In the latter role, he oversaw the establishment of the Ontario Quality Council. 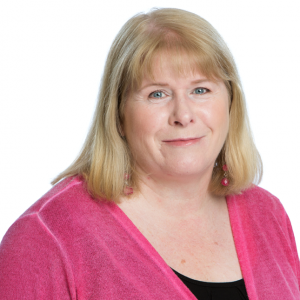 Helen Branswell will be awarded the degree of Doctor of Laws, honoris causa, at the 11:45 a.m. ceremony on Tuesday, June 21, “in recognition of an outstanding career in health science, infectious disease and global health journalism exemplified by her stellar coverage of the COVID-19 pandemic.”

Branswell is a senior writer at STAT, a news outlet focused on health and medicine, where she covers infectious diseases and global health.

Branswell joined STAT at its 2015 launch. She began her career at the Daily Gleaner newspaper in Fredericton, N.B., before joining The Canadian Press (CP) in 1986. She was the CP’s medical reporter from 2000 to 2015.

Branswell was a Southam Fellow at the University of Toronto from 1992 to 1993. As a CDC Knight Fellow in 2004, she was embedded in the Centers for Disease Control and Prevention for three months. In 2011, Branswell was a Nieman Global Health Fellow at Harvard, focusing on polio eradication.

In 2020, Branswell won the George Polk Award for Public Service. Along with her colleagues, she was a 2020 Pulitzer finalist for breaking news for coverage of the COVID-19 pandemic. In 2021, Branswell won the Victor Cohn Prize for Excellence in Medical Science Reporting.

The Right Honourable Jean Chrétien will be awarded the degree of Doctor of Laws, honoris causa, at the 5:15 p.m. ceremony on Tuesday, June 21, “in recognition of his distinguished leadership in Canadian government.”

A member of the Liberal Party of Canada, Chrétien was elected as a Member of the House of Commons in 1963. During his political career, he served in many ministerial roles, including as Deputy Prime Minister, Minister of Finance and Minister of Industry, Trade and Commerce, among many others.

As leader of the Liberal Party, he won the October 1993 federal election and became Canada’s 20th prime minister. Following a decade in office, Chrétien left the Office of Prime Minister of Canada in December 2003 and remains Canada’s oldest living prime minister.

Chrétien completed his law studies at Université Laval and was admitted to the Québec Bar in 1958. He is also a member of the Ontario Bar. He has served as counsel in the legal firm Dentons since 2014.

Chrétien’s work and public service has been recognized with many awards and honours, including the appointment of Companion of the Order of Canada, the Order of Merit and honorary doctorates from numerous universities in Canada and throughout the world. 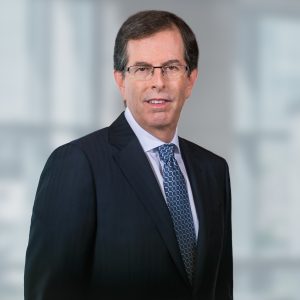 Roger Greenberg will be awarded the degree of Doctor of Laws, honoris causa, at the 9 a.m. ceremony on Monday, June 20, “in recognition of his outstanding contributions to the philanthropic sector and for spearheading fundraising campaigns for numerous organizations in the health and education sectors.”

Greenberg is the executive chairman of the Board of The Minto Group and Minto Apartment REIT. He is also the executive chairman and managing partner of the Ottawa Sports and Entertainment Group, sits on the board of governors of the Canadian Football League and the Ontario Hockey League. Greenberg was one of five members of Ottawa’s business community leading the Lansdowne Transformation Plan.

In 1985, Greenberg joined Minto on a full-time basis and became its chief executive officer (CEO) in 1991.  He has since divided his time and passion between overseeing operations of Minto and lending his expertise to philanthropic causes in the community. He held the CEO role until October 2013.

Throughout his career, Greenberg has received many distinguished awards and honours, including becoming a Member of the Order of Canada, the Federation of Rental-housing Providers of Ontario Lifetime Achievement Award, the Queen Elizabeth II Diamond Jubilee Medal, the Gilbert Greenberg Distinguished Service Award by the Ottawa Jewish Community, the Ottawa Business Journal’s CEO of the Year in 2004 and United Way Community Builder award in 2001. He is the former Honourary Colonel of the 30th Field Artillery Regiment, nicknamed the “Bytown Gunners.”

Greenberg obtained his Bachelor of Commerce degree at the University of Toronto and his law degree at Osgoode Hall Law School. After completing his bar admission in 1982, Greenberg practised real estate law at Toronto law firm Blaney McMurtry for three years.

Greenberg and his wife Cindy have three children: Nicholas, Jenna and Jamie. 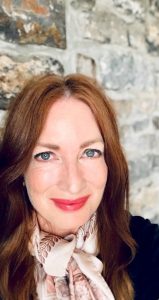 Janice McDonald will be awarded the degree of Doctor of Laws, honoris causa at the 5:15 p.m. ceremony on Friday, June 24, “in recognition of an outstanding contribution as a tireless advocate and global champion for women, with a particular focus on women’s economic empowerment, leadership and entrepreneurship.”

McDonald is a co-author of three ground-breaking studies on women entrepreneurs in Canada, focused on risk, innovation and export. McDonald’s career achievements include driving the financial turnaround and re-branding of Women in Communications and Technology (WCT) as board chair from 2013 to 2015. She was Startup Canada’s national ambassador for women entrepreneurs for two years and the host of Startup Canada’s Thrive podcast.

She is the chief executive officer and founder of The Beacon Agency, a boutique advisory firm that works with innovative companies and offers customized breakthrough insights in entrepreneurship, business strategy and leadership training.

She was selected as a 2020 mentor for the Trudeau Foundation and a 2021 mentor with Public Policy Forum’s Action Canada Fellowship. She was appointed to the Women’s Leadership Board at Harvard Kennedy School.

Her significant community involvement includes her work as chair of the International Women’s Forum Canada (Ottawa chapter), as a director on the IWF global foundation board and president of the Organization for Women in International Trade Ottawa. She has been a past board director with Futurpreneur, Ashbury College, The Boys and Girls Club of Ottawa, The Royal Ottawa Hospital and Ottawa Senators Foundation. She is an independent director with Vista Radio.

Women’s Executive Network recognized McDonald as one of Canada’s Top 100 Most Powerful Women from 2013 to 2016, and she was inducted into its Hall of Fame. 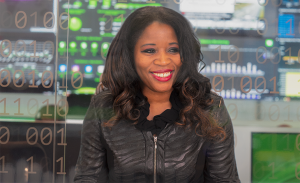 Claudette McGowan will be awarded the degree of Doctor of Laws, honoris causa, at the 5:15 p.m. ceremony on Thursday, June 23, “in recognition of a distinguished career as a global information technology leader.”

McGowan also writes books for children and is the founder of the Black Arts & Innovation Expo.

McGowan is the recipient of several prestigious awards including being named in the Top 100 Leaders in FinTech from FinTech Magazine and the Top 20 Women in Cybersecurity from IT World Canada. 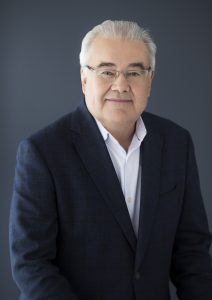 Bill Namagoose will be awarded the degree of Doctor of Laws, honoris causa, at the 11:45 a.m. ceremony on Friday, June 24, “in recognition of outstanding contributions to the Cree Nation of Eeyou Istchee over a period spanning nearly 40 years.”

Namagoose is from the Cree community of Waskaganish (formerly, Rupert House, the first location of the Hudson’s Bay Company established in 1668) on the coast of James Bay, Que. At the age of seven he was sent to an Indian residential school, followed by day school and boarding schools.

Namagoose has been a staunch defender of the rights of the Cree Nation of Eeyou Istchee (northern Quebec). As the Executive Director of the Cree Nation Government since 1988, he has managed a complex court case addressing the failures of provincial and federal governments to implement the 1975 James Bay and Northern Quebec Agreement; he co-ordinated opposition to the expansion of the James Bay Hydroelectric Project while promoting energy efficient and other alternatives to address energy shortages in northeastern U.S.; he co-ordinated the defence of Cree rights in the context of possible Quebec secession in 1995. He has worked to ensure respect for the Cree right to self-determination under international law, and that Cree consent was required in any discussions of Cree lands.

Namagoose has worked tirelessly to identify creative ways of translating the recognition of Cree rights into the tangible and progressive development of Cree communities.  He has been involved in the negotiations of over 80 agreements since the signing of the original 1975 Treaty.

Currently, Namagoose is the chair of the First Nations Bank of Canada, which manages assets of $1.4 billion.

Namagoose lives in Ottawa with his wife, Jeannie Tenasco, who is Anishinabeg from Kitzigan Zibi.